Could Trump Be The Antichrist

BREAKING NEWS: IRREFUTABLE EVIDENCE THAT DONALD TRUMP COULD BE THE ANTI-CHRIST

And he will exalt himself above all so that he sets himself up in Gods own temple in Israel, proclaiming himself to be God.

However its hard to imagine this actually happening. I dont know if Ive ever met a professing Christian who saw themselves as being so flawless or had zero reverence for God. Well, take that back never mind the admission that hes never seen a need to ask God forgiveness for anything, or saying, Why should I repent if I havent done anything wrong? just TODAY he did something that seemed unthinkable

Heres Donald Trump, just as the Bible predicts, setting himself up like hes the God and King of Israel:

But are you ready for some Antichrist trolling about 2,600 years in the waiting?

Well, we know the Antichrist hates God and doesnt worship him but the Bible *does* actually let us in on a secret and tells us who the Antichrist does worship and spoiler: its not actually Satan.

Could American Evangelicals Spot The Antichrist Here Are The Biblical Predictions:

Ive reviewed every prophecy on the Antichrist, and what I read blew my mind:

Does the Bible predict the future with stunning accuracy as so many in the end-times camp have claimed?

I grew up in the rapture-me-outta-here end times movement, and have spilled no shortage of ink critiquing it even poking a bit of fun at it. As a theologian I fall into a category of belief that sees biblical prophecies about the end as being events that have mostly been fulfilled in the past, but I try to hold that belief gently and recognize I could be wrong.

Many of my fellow Christians in America have warned me over the years of exactly that, often telling me: I feel sorry for you, because when the Antichrist comes youre not even going to recognize him!

To honor those who have given me such warning, I decided to spend the past week studying the most significant biblical prophecies and descriptions typically believed by my conservative friends to refer the Antichrist. If my evangelical friends are correct, and if its entirely possible that the Antichrist is on the global scene today, I certainly wouldnt want to be the only person in the room who didnt recognize the Antichrist when I saw him.

In case you too are a bit rusty in the area of biblical predictions about the coming Antichrist and dont want to be oblivious if such a person were to arise, consider me your chief antichristologist who is more than happy to help you out.

And I saw a beast coming out of the sea with ten horns and seven heads, which stood for seven hills

John described the Antichrist rising up from the sea as he looked out from the Island of Patmos in a supernatural vision. The Bible describes the beast as having 7 heads, which symbolized 7 hills that stood up high. Hills also are metaphorical for places of power in the Bible.

So, if the Antichrist were to come in the present age, wed be most likely looking for an American president known for being exceptionally arrogant, boastful, and threatening others, but who also came from 7 tall hills or places of power one of which would need to be somewhere in the vicinity of where John was looking out into the ocean where the vision occurred.

Huh well this is a super weird coincidence:

Don’t Miss: What Was The National Debt When Trump Took Office

He will set himself against the people doing much damage before continuing his journey.

Yes, youre tracking with me correctly: the Bible predicts the Antichrist will be an arrogant political outsider who talks about great and greater things, who wins an election where he has less supporters due to the election being tampered with, who then instantly gets rich off the presidency and spends his time in a feud with the president across from his southern border.

And yes, the Bible actually says that after negotiations fail at the souther border he decides to get even by intentionally inflicting harm and distress on that ethnic group.

Get ready to have your mind blown with what Zechariahs prophecy about the coming Antichrist says on this matter, especially in light of what Daniel tells us regarding the Antichrists retaliation along the border:

There will be a leader over the land who will not help the ones who are dying.

He will not go looking for the young who got lost, or care for the children.

Children being ripped from their parents as a deterrent from crossing into the northern kingdom, refugees being locked in cages without adequate care, some dying in our custody, children still missing or given for adoption even though they werent orphans? 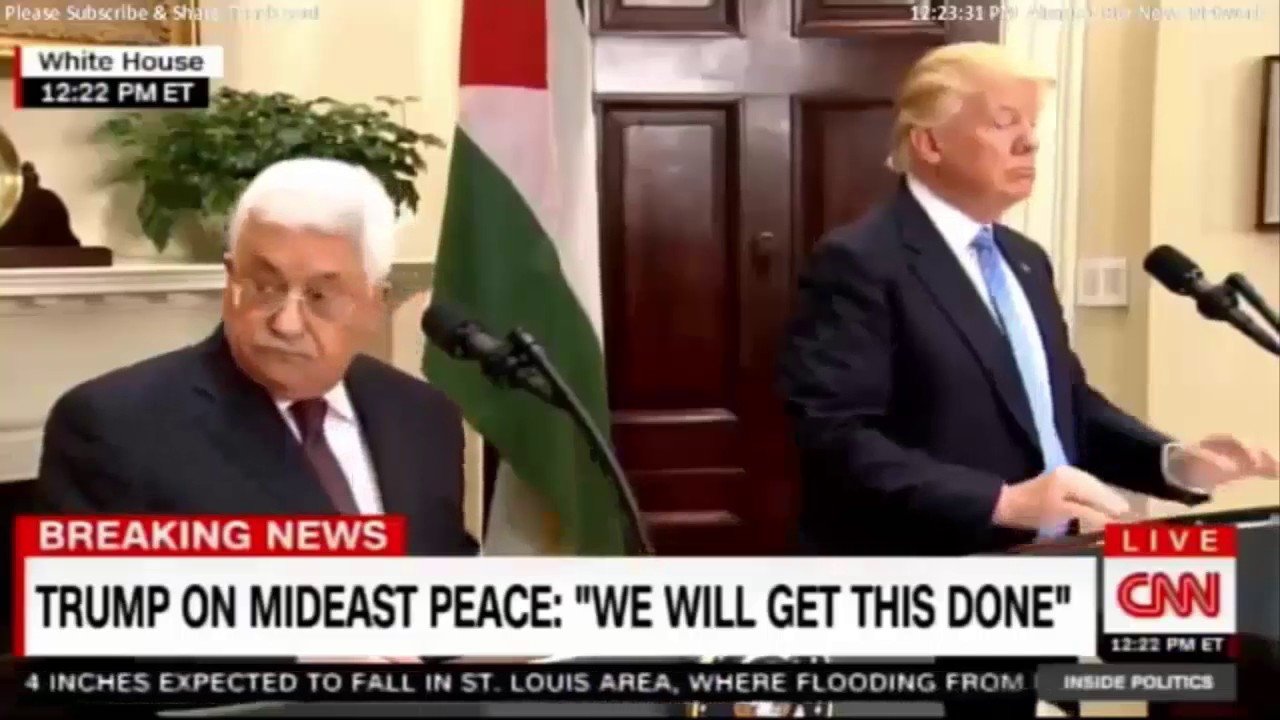 I mean, if this were to happen all my end-times friends would spot it, wouldnt they? Revelation 13 very specifically tells us that somewhere in the middle of his first three and a half years in office, the Antichrist will give a very specific and telling speech: he will arrogantly brag of his accomplishments and great things, and will also use Gods name in a way considered to be blasphemy.

This would be exceedingly eye-brow-raising for any serious Antichrist hunter, were this to ever happen in a presidential speech right?

Also Check: Where Are Trumps Maga Hats Made

He will cause deceit to prosper, and he will consider himself superior He will use every kind of evil deception to fool those on their way to destruction, because they refuse to love and accept the truth that would save them.

Daniel 8 and 2nd Thessalonians 2 are incredibly descriptive warnings to help us recognize the Antichrist. Predicting that under his rule deceit will prosper warns us to look for someone who calls the truth fake news and who is known for constantly lying.

For false Christs and false prophets will arise and appear to perform great signs and wonders so as to lead astray, if possible, Gods own people. He will use every kind of evil deception to fool those on their way to destruction

Sorry, but Im old enough to remember when revivals were for God and blasphemy was a serious sin.

The Antichrist Dominates Others

It had large iron teeth it crushed and devoured its victims and trampled underfoot whatever was left.

Most interpret Daniel 7:7 to meant the Antichrist will be a strong, dominating figure, crushing opponents while maintaining popularity with the people. We saw this during the Trump/Clinton election which was drenched with poisonous hatred and inflammatory campaign rhetoric. When asked by the Wall Street Journal if he had gone too far, Trump replied, No. I won.

Could Donald Trump Be The Antichrist

Caller: Could Donald Trump be the Antichrist?

Is Donald Trump the Antichrist? Its not surprising that its a question on many peoples minds. After all, we elected a man that despite living the antithesis of our beliefs, rose through a series of bizarre events into the most powerful position on the planet. Within days, protests erupted throughout the country and foreign partners openly declared they were positioning themselves for a trade war, a common precursor to real war. It seemed as if the planet was shaking apart at the seams. And it all came to light because we fired a shot at elites knowing that shrapnel would inevitably wound African Americans, Muslims, women, Hispanics, and other underprivileged innocents.

In the aftermath, we cant help but marvel at how a flawed man such as Trump was universally supported by Christians and Christian religious leaders . Regardless, this early in the tale, it would be foolish to draw the conclusion that Trump was the Antichrist there are many prophecies that must be fulfilled first. Still, Donald Trumps ascent to power does serve as an excellent example of how the Antichrist could slip through the cracks and rise to power.

The Spirit Of The Antichrist

How the evangelical right has come to turn against what Jesus stood for.

We have seen how seriously so many of Americas early evangelicals embraced the community-affirming commandment to love your neighbor as yourself. So seriously, in fact, that it inspired them to actively oppose chattel slavery, to organize to offer succor to the needy, and to decry the economic exploitation of the masses.

In Gods name, they have visited upon our nation a plague of lies, a harvest of hate, the rotted fruit of unchecked corruption and moral chaos, and unleashed levels of racial antipathy and xenophobia.

So how, then, has the love-affirming evangelicalism of the past become todays forward legion of division and exclusion, a raging Christian faction openly supporting persons and policies that are essentially antithetical to the message of Jesus Christ?

I believe an answer is offered by the very Bible that evangelicals profess to live by. They have succumbed to what the First Epistle of John in the New Testament calls the spirit of the antichrist, 1 John 4:3

Now, when I use this term I am not talking about a monstrous supernatural being like the beast in the Book of Revelation . No, what Im talking about are ideologies and public pronouncements that cynically distort the teachings of Christin the name of Christto serve the interests of a particular individual or group.

How Can We Prepare For The Antichrist

It is important to understand that the reign of the Antichrist is a key indicator of the coming of Gods true kingdom. The Antichrist and his False Prophet will ultimately lose the war and become the catalyst of change that welcomes the Great Tribulation, the reign of Jesus Christ upon the Great White Throne, and the culmination of Gods plan for eternity.

The best way to prepare for the reign of the Antichrist, and the endtime, is to open your mind to the Word of God available in biblical prophecies. Endtime Ministries explains these prophecies so that others can come to know the truth of the Bible and understand the endtime. Tune in to Irvin Baxters podcast Politics & Religion for more information on who the Antichrist is, and to learn more signs of the endtime through an informed, biblically accurate, discussion of todays world events.

Read Also: What Is Trump Up To Now