Trump has a history of insulting and belittling women when speaking to media and on social media. He made lewd comments, demeaned women’s looks, and called them names like ‘dog’, ‘crazed, ‘crying lowlife’, ‘face of a pig’, or ‘horseface’.

In October 2016, two days before the second presidential debate, a 2005 “hot mic” recording surfaced in which Trump was heard bragging about kissing and groping women without their consent, saying “when you’re a star, they let you do it, you can do anything… grab ’em by the pussy.” The incident’s widespread media exposure led to Trump’s first public apology during the campaign and caused outrage across the political spectrum.

At least twenty-six women have publicly accused Trump of sexual misconduct as of September 2020, including his then-wife Ivana. There were allegations of rape, violence, being kissed and groped without consent, looking under women’s skirts, and walking in on naked women. In 2016, he denied all accusations, calling them “false smears,” and alleged there was a conspiracy against him.

An Official Website Of Trump Launched To Stay Connected With Supporters

– Republican former President Donald Trump has launched an official website www.45office.com, a platform for his supporters to stay in touch and to showcase his time in office.

The 45office.com websites home page displays multiple pictures of Trump with various figures including his wife Melania, members of the military and world leaders, which were taken at multiple events during his time as president.

The Office of Donald J. Trump is committed to preserving the magnificent legacy of the Trump Administration, while at the same time advancing the America First agenda, the message on websites home page read.

The About section contains a glowing 850-word synopsis of his time in office, highlighting what Trump has often cited as his greatest achievements, including energy and border security, strengthening NATO and other international alliances, and his response to the coronavirus pandemic.

It made no mention of the scandals, corruption investigations, two impeachments or the attacks on democratic institutions that framed his presidency.

It was not immediately clear when the website went live.

Trump retains significant influence over the Republican Party despite his loss in the 2020 election and has hinted at a possible presidential run in 2024.

In an interview with Fox News earlier this month, Jason Miller, a spokesman for Trumps 2020 campaign, said Trump will launch his own social media platform in two to three months.

Case Summary: On Jan. 17, 2017, Zervos filed a suit in New York State Court against Trump for defamation. During Trumps campaign, many women, including Zervos, accused Trump of inappropriate sexual conduct. In her complaint against Trump, Zervos claims that in 2007, while she sought employment from Trump, he kissed her on the lips and touched her inappropriately. After she rejected his advances, his attitude became very business-like and he later offered her a job for half the salary she was seeking. She attempted to contact Trump, noting that she felt she was being penalized for not sleeping with him. Trump said he could not discuss it with her at the time. Zervos says she decided to come forward with these allegations after the Billy Bush Access Hollywood Tape showed Trump speaking in a derogatory manner toward women. In response to her allegations, Trump claims she was lying and was only making these accusations to help the Clinton campaign or to get fame.

Zervos alleges that, as a result of Trumps claims, she has suffered both emotional and financial harm.

This motion has been appealed to the New York Court of Appeals, the highest New York state court. 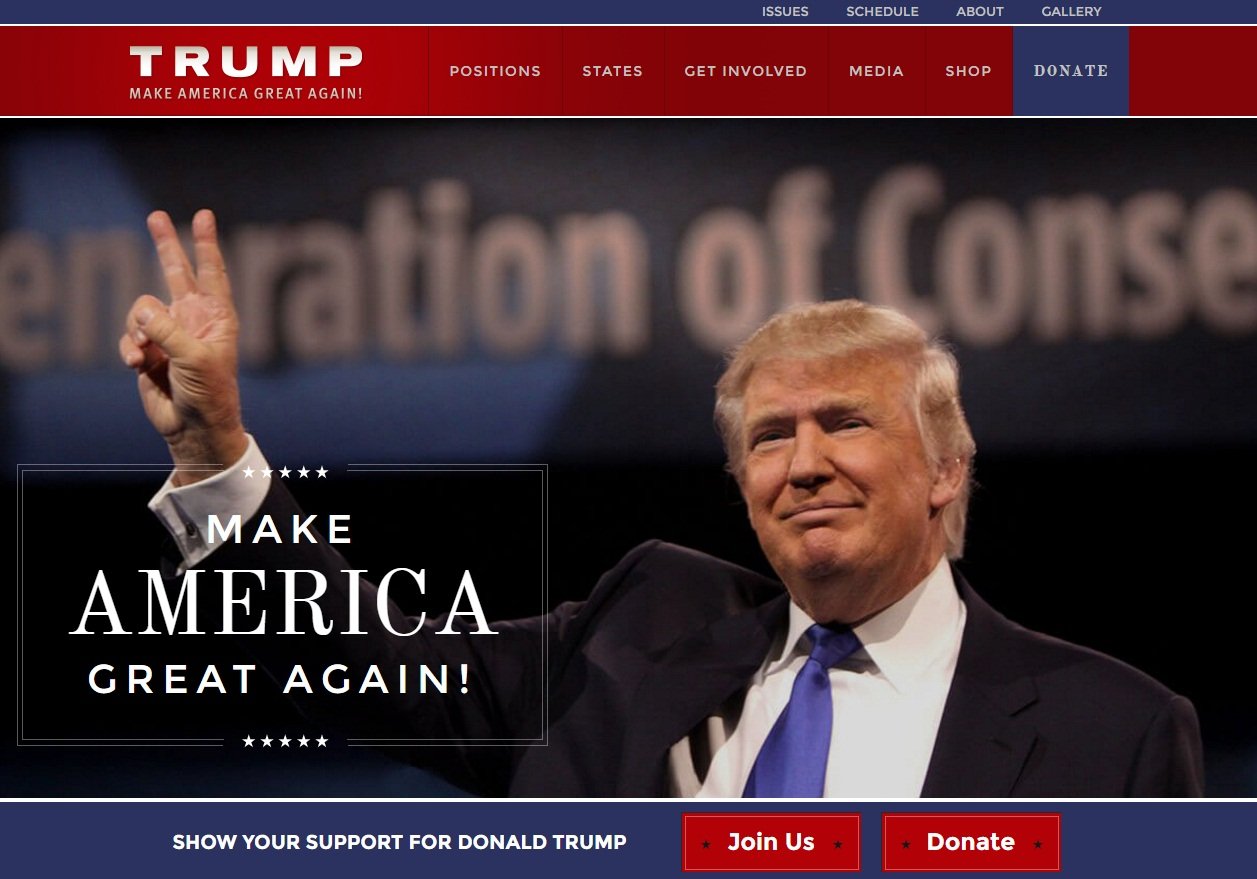 Case Summary: On Mar. 30, 2021, two Capitol Police Officers sued Donald Trump for injuries they sustained during the Jan. 6 riots in DC. The officersJames Blassingame and Sidney Hembysay they were maced with bear spray, attacked with fists and flagpoles, and even crushed against a door as they tried to protect the Capitol from pro-Trump intruders.

Much like the other Jan. 6 suits against Trump, the officers pin their injuries on Trumps incendiary rhetoric before and during violence. Both allege that Trump directed the rioters to assault them, aided the rioters in committing those assaults, and negligently incited the riot in violation of DCs public safety codes. Blassingame also accuses Trump of directing intentional infliction of emotional distress, pointing to the racial slurs and taunts that the intruders allegedly hurled at him during the violence.

Case Status: The officers filed their suit in DC federal court on Mar. 30, 2021. On Apr. 28, 2021, the plaintiffs added two new conspiracy claims against Trump, one based on the KKK Act and the other on common law conspiracy. They allege that Trump illegally conspired with the Proud Boys and the Oath Keepers to storm the Capitol, which in turn caused the plaintiffs injuries.

Dc Attorney General Incitement Investigation For Attack On Us Capitol

Case Summary: DC Attorney General Karl Racine has said he is exploring whether to charge Trump with incitement. So far, his office has focused on a DC statute that makes it a misdemeanor to incite or provoke violence where there is a likelihood that such violence will ensue. Presumably, DC prosecutors are looking into Trumps statements and tweets before and during the riot, gauging whether they amount to criminal incitement.

That said, Racine has cautioned that prosecuting Trump would be an uphill battle. Though the former president no longer could claim presidential immunity, the First Amendment may still shield his speech from prosecution. Under Brandenburgthe controlling case herea speaker can be prosecuted for incitement only when their speech is both intended and likely to cause imminent lawless action. This is a notoriously difficult standard to meet, especially on the intent side. Even though some rioters haveclaimed they were following Trumps instructions, Racine would need to actually prove it was Trumps actual goal for them to do so. Despite the trailofincriminatingstatements Trump left behind, Racine may still have trouble meeting such a high bar.

Case Status: Racines office is investigating Trumps conduct but has not filed charges.

Biden In New Hampshire: What You Do Here In Iowa Is Going To Set The Tone

The primary race for the United States presidency You have an incredible obligation, not to me at all, but to yourselves. What you do here in Iowa is going to set the tone, said Biden before correcting himself.

Joe Biden says he is in Iowa when he is actually in New Hampshire.

Iowa and New Hampshire are 1,000+ miles away from each other.

Biden made a similar mistake earlier this year confusing New Hampshire for the neighboring state of Vermont.

Ive been here a number of timesI love this place. Look, whats not to like about Vermont in terms of the beauty of it? Biden told reporters.

Biden, who is in New Hampshire, thinks he is in Vermont

At some point, the media is going to have to stop calling this “gaffes”

You May Like: How Do You Email President Trump

Months after he was seen encouraging rioters to storm the U.S. Capitol in a violent insurrection and was banned from social media as a result Trump is back spreading his message on what the BBC is calling a new “communications platform,” which will upload statements and content directly from the former president himself. The platform allows its users to like and share Trump’s comments on sites that have banned his presence like Twitter and Facebook. As BBC reports, the new platform announcement comes a day before Facebook’s Oversight Board is set to re-examine its “indefinite suspension” of Trump.

While Trump’s advisers, including Jason Miller, say that the “new platform is going to be big,” there were less charitable comments from tech experts like the New York Times’ Kara Swisher, who told the BBC that the new site is simply a blog. “I was like, ‘2002 is calling and it wants its blog back,” she said. Swisher also added what Trump intended for the site to be was still unclear, but one thing was certain: “It is just the beginning of his attempts to try to re-establish a louder ability to participate in digital media.”

GETTR will be the newest MAGA venture in this space. Its being led by Trumps former spokesman, Jason Miller.

A screenshot of the GETTR app as seen on Apple’s App Store. | Photo courtesy of GETTR

But the debut immediately ran into confusion about whether it was the former presidents long-promised bid to offer his legions of followers their own social media haven or merely the next attempt to build a MAGA-alternative to the main platforms.

The site, called GETTR, advertised its mission statement as fighting cancel culture, promoting common sense, defending free speech, challenging social media monopolies, and creating a true marketplace of ideas. The app is currently in beta form and will be officially launched on July 4 at 10a.m.

Trumps former spokesman, Jason Miller, is leading the platform, he confirmed via text. Former Trump campaign spokesperson Tim Murtaugh is involved as a consultant on the app.

Trumps involvement with the project is unclear as is whether or not he will set up an account on GETTR and use it.

The former president is going to make his own decision, its certainly there and ready for him should he make the decision we would welcome that. There is an account reserved for him and waiting for him but thats a decision for him to make, said a person involved with the app.